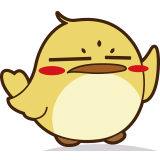 A pyromaniac hell-bent on smothering the battlefield in flames.

Sol’Lithe the Pyromancer is an expert in fire magic, and she is able to sell the party skillbooks. Sol’Lithe also sells crafted skillbooks at levels 5 and 13. She can be found throughout the game in various locations:

Next to a tent east of the Fort’s initial entrance, on the way to Beast (shipwreck).

At an entrance to Armadia's Sanctuary, next to Exeter.

Aboard the Lady Vengeance. She is on the top deck of the ship, next to a ballista.

In Driftwood Square, underneath a tree leading towards the fishing docs.

Nameless Isle: Aboard the Vengeance in the same place as Reaper's Coast.

Arx: In the city square next to a market stall, east-side opposite the platform in Arx Square.