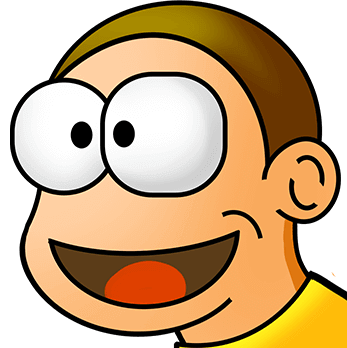 I present to you all Reida Soulcroftthe beautiful Breton Battlemage!

Born to a Breton couple and raised in the abandoned halls of the Mages Guild in Olenveld;  Reida spent her childhood playing among the tombstones on this secluded island far from civilization. There her parents raised her and taught her the many magical arts they practiced there, from Destruction and some Restoration to darker arts like Conjuration and Necromancy. While being natural gifted in the magical arts in she found she was not as gifted as the others she became determined to become the best mage she could, when reading through the ancient tomes in their library she came across an oddly clean tome called Enchanters Primer upon opening it she saw it was written by a Mage in a city called Winterhold in which there was a college like her home used to be.  After finishing the tome she asked her father what he knew of it however he disregarded it and simply said the were amateurs not realizing the wonders and power necromantic studies can provide and forbade her from bringing it up again, However being young and rebellious She trudged through the dead city searching for any further information about this college. Upon entering an old store she found what was left of a map showing just enough of the distant land, So invigorated and inspired to seek knowledge a new adventure she walked the island to find a salvageable boat to take to Winterhold, upon finding a suitable tub, she noted what she thought needed to be fixed to make it sea worthy and set off to making plans just to disCover she needed more than just herself to accomplish her goal but couldnt risk getting help from the others and risk her father found out. The following day it came to her Necromancy! She could simply raise some dead to build her craft for her and collect her materials; for weeks theY worked and she directed exhausting herself to raise more thralls as they fell. Finally complete, crafted from collapsed buildings and the bones of the dead she set About gathering her supplies. Once she gathered more bones and gear to keep her supply of her Necro-crewmen, spare parts, and food  she took off for Winterhold but had she had overestimated the abiLity of her undead minions? After 8 hours at sea a powerful storm comes upon the horizon and begins thrashing the makeshift craft, Reida rushes to keep it afloat trying to control the craft while raising thralls to fix the boat as parts break free and sails tear, she commands whats left of her fleshen crew to tear what old flesh they had left from their ancient bodies to patch the sails and fix the holes left from then the sea reached out and tore off planking as if were twigs. what seemed like hours passed but then the storm stops seemingly out of nowhere. After recovering she reached for her satchel to check her salvaged map but its soaked and illegible the old ink washed out in the old parchment she turns to the stars but the Sea of Ghosts is dark and cloudy so she looks out and picks a direction at random hoping to find land and directs her skeleton crew of undead(pun intended) to Sail for land and she sets off to bed until they arrive hoping the thralls can make it on their own. Awakening to a loud crash the rattling of bones and the crashing of the waves she comes to and sees her boat is gone pieces strewn across the water and shoreline upon making it to shore she sees lights in the distance so she set off  and comes across the city of Dawnstar however disappointed to not have made it to the college she was glad to hear the college wasn't far off so she sets off for the college. The rest is up to you to decide where will Reida go what will she learn, where will she learn? Battlemage, Necromancer, Lich, Vampire Lord, Arcane Warrior? Its up to you adventurer Steadfast  and Mara guide you on your journey.